Artistic roller skaters use either quad or inline skates. Generally quad and inline skaters compete in separate events and not against each other. Inline figure skating has been included in the world championships since 2002 in Wuppertal, Germany.

Compulsory dance contains prescribed compulsory dances and steps that must be performed, such as the Imperial Tango, the 14 Step, the Keats Foxtrot , or the Flirtation Waltz. Some of the dances are the same as performed in ice dancing competition, while others are unique to roller skating.

Original Dance consists of a dance constructed of two rhythms chosen from a set of rhythms that the world governing body changes every year .

Free Dance is similar to the ice free dance, although with some rules changes. 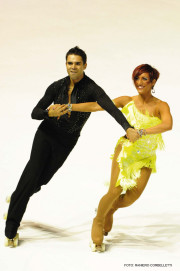 Artistic free skating traditionally emphasizes spins that are uncommon on ice, such as the inverted spin in which the skater leans backward with the free leg extended high in front. Artistic roller skaters also perform the quadruple, triple, double, and single jumps known from the ice skating scene, such as axels, loops, and salchows. Some elements have different names in roller skating than they do in figure skating; for example

Roller free skating is sometimes seen as harder than ice skating, due to the heavier skates, but the lower cost of roller skating compared to ice skating has allowed participation from lower income countries like Argentina and Brazil. On the other side, figure skating is considered the more dangerous (and more popular) of the two, with the less consistent blade and the greater friction and variety of ice. Both sports have their merits, and high-level skaters of each discipline have trouble switching to the other.

Free skating is one of the more interesting and "fun" events to watch due to the jumps and spins to different music. 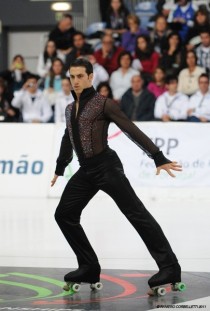 Precision Roller Skating is a large and fast-growing, yet little recognized discipline, consisting of 12-24 athletes skating on the floor at one time moving as one flowing unit at high speeds. This discipline of Precision Skating is named because of the emphasis on maintaining precise formations and timing of the group. 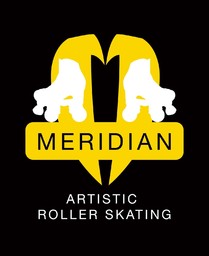 We are Based at the Walnuts Leisure Centre in Orpington, Kent.

The club runs skating sessions to cater for all ages and standards. Please view the sessions section on this website to see the times we offer.

Want to skate with us?

For general enquiries call Alison on:

Fancy a Roller Disco as well?

Our friends at Silver Wheels offer roller discos across the South East.

Do you have the right equipment?

Meridian have entered a partnership with a company to supply our skaters with the correct high quality skates using top world class brands such as Roll-Line, Edea, Risport and Komplex to make the step forward towards competitive skating. These skates are fully endorsed by the coaches at the club and really make a difference in your skating ability.

This is a hire scheme per month.